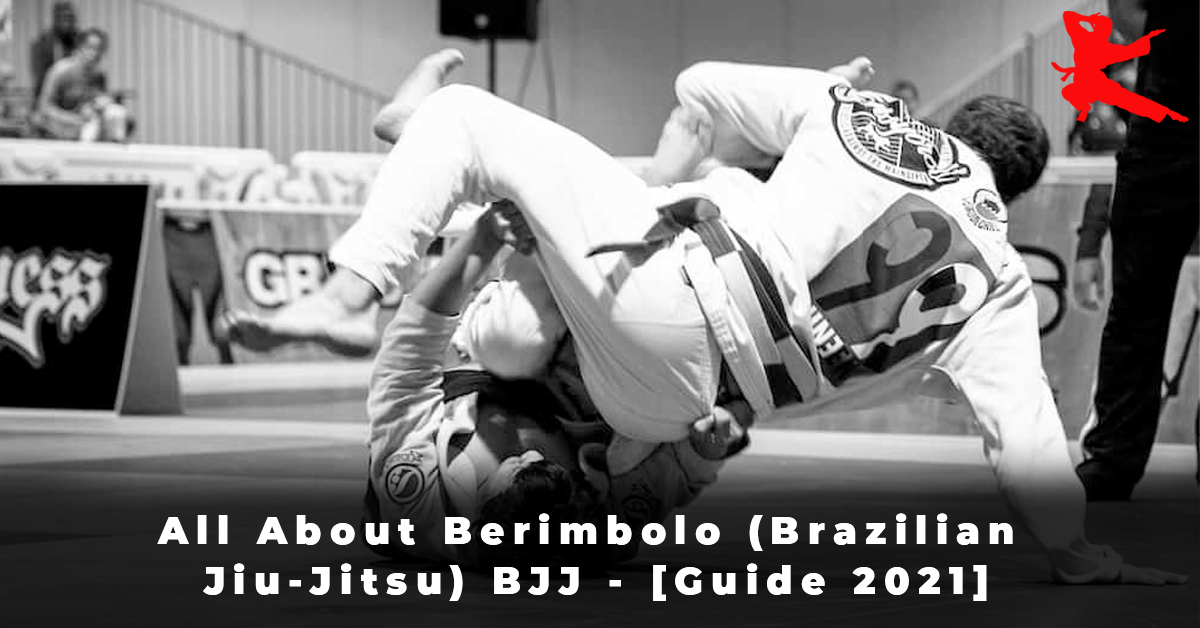 Berimbolo is a BJJ technique in which one’s body has to bend in order to gain a dominant position or at least sweep to a top position. The name Berimbolo was given by Andre Galvao which means ‘scramble’ in Portuguese.

The act or action is called ‘Berimbolar’ and position is called ‘Berimbolo’. On the other hand, BJJ is a martial art that is known for its notorious complexity. Since you are reading this article, this means that you are willing to learn more about Berimbolo BJJ. Below you will find some useful information about this that you could use to implement this move in your game.

History of the Berimbolo

How to create a Berimbolo?

The next step is to put the bottom player’s hips on the floor. For doing this, move your hip upwards near the hook and pull the opponent’s sleeve or belt. Control the opponent player’s nearside sleeve so he cannot escape the sweep. Lastly, when you hip the opponent’s player to the side, it generates pressure on the player’s leg which will make him fall.

How does the Berimbolo work?

The effectiveness of the Berimbolo technique has led to an increase in popularity since it emerged on the BJJ competitive scene.

How to do the Berimbolo?

Most Berimbolo attacks start from the DLR guard. So first of all establish a DLR. There are many ways to enter the DLR guard, which includes entries from sitting as well as standing. It depends on you which entries you use. However, for establishing De La Riva follow the following steps:

Second Step: Force your opponent to sit on the mat

The next step is to force the opponent to sit on the mat. For doing so, there are many ways. However, the best way is to obtain a slight angle on your opponent and push his/her waist with your free leg.

By doing so, you will force your opponent to sit down on the mat. This allows you to do the Berimbolo. Keep in mind that this step is not that important in a double guard pull situation. On the other hand, when two players pu;; guard at the same time, then establish the DLR guard from the seated position and move forward with the technique.

Due to the reversal required to complete the technique, many players find it a bit difficult to try out Bamboo. However, you do not have to worry about it; you can successfully invert this with a little practice.

Moreover, the best way to practice the inversion which is required for the Berimbolo is by drilling wall spins. These spins will get you comfortable with the movement while improving your fluidity as well as speed.

How do I escape the Berimbolo?

Many people don’t know how to escape the Berimbolo. The best and the common way to escape the Berimbolo is excessive rotation as your opponent kicks you in the legs. Instead of fighting in this position, it is best if you roll with them, you sometimes end up in the original position. Excessive rotation can sometimes get you to the top before your opponents know what you are trying to do.

The next way to escape the Berimbolo is to win the battle of the hip line on the floor. For doing so, grab both hips of your opponent’s and try to put them under your own. It is possible to do so. This means that an experienced Barimbolo player can sometimes take the attempt to retreat.

Moreover, if you do not allow the initial sweep to begin, you can avoid the Berimbolo. For doing so, you must constantly compete with your opponent’s head in the De La Riva. As long as you stand, you can’t get your opponent close to the deep hook under the thigh, nor can you make a big side angle. This means constantly moving your legs to face your opponent.

If you are fooled by a good Berimbolo player, you can get on your knees and avoid DLR altogether. If your hips are never on the floor, you will never be bruised.

People mostly like Berimbolo, but still, some people criticize it. There are two main criticisms of the berimbolo which are as follows:

Some Notable Athletes Famed because of Berimbolo

There are many athletes that became famous due to Berimbolo. However, some notable athletes are:

To conclude here, Berimbolo is a bit of a difficult position to master. The good thing about Berimbolo is that once you have learned it may be an ideal option for back takes. Moreover, it is also quite helpful for creating an amazing De LA Riva (DLR) game because it brings many other options to the position.

Berimbolo is an ideal tool and it is normally used in IBJJF competition settings and point fighting. Keep in mind that it is rarely prominent in MMA as there is a risk of setup strikes. Furthermore, without Gi, it is even more difficult because the grip is not strong which is difficult to complete.

Keeping this in mind, it is a quite good option for all Brazilian Jiu-Jitsu players who use Gi as it is normally used to attack the back. I have explained almost everything about the Berimbolo, if you still have any questions regarding this, feel free to leave a comment below. I will solve your query regarding Berimbolo as soon as possible.

What is Berimbolo BJJ?
It is a Brazilian Jiu-Jitsu (BJJ) technique that involves inverting one player’s body to obtain a dominant position over the second player. It is part of the new school of competition BJJ, and it has quickly become one of the most effective and famous moves in the sport Jiu-Jitsu.
Who invented Berimbolo?
Berimbolo was created by Brazilian Jiu-Jitsu black belt holder Samuel Braga. He explains how the position was created and derived this position from the De La Riva Guard. The berimbolo technique was first spotted in a major tournament at the black belt level.
What is a butterfly guard BJJ?
The butterfly guard is a special type of open protector that is highly effective at the highest levels of Jiu-Jitsu. Short-legged BJJ players should look at the Butterfly Guard as a solid guard sport to suit their body type. On the other hand, Butterfly hooks are designed to endanger a fighter’s base so that the player’s legs below can be used as hooks from inside the legs of the guard passerby.