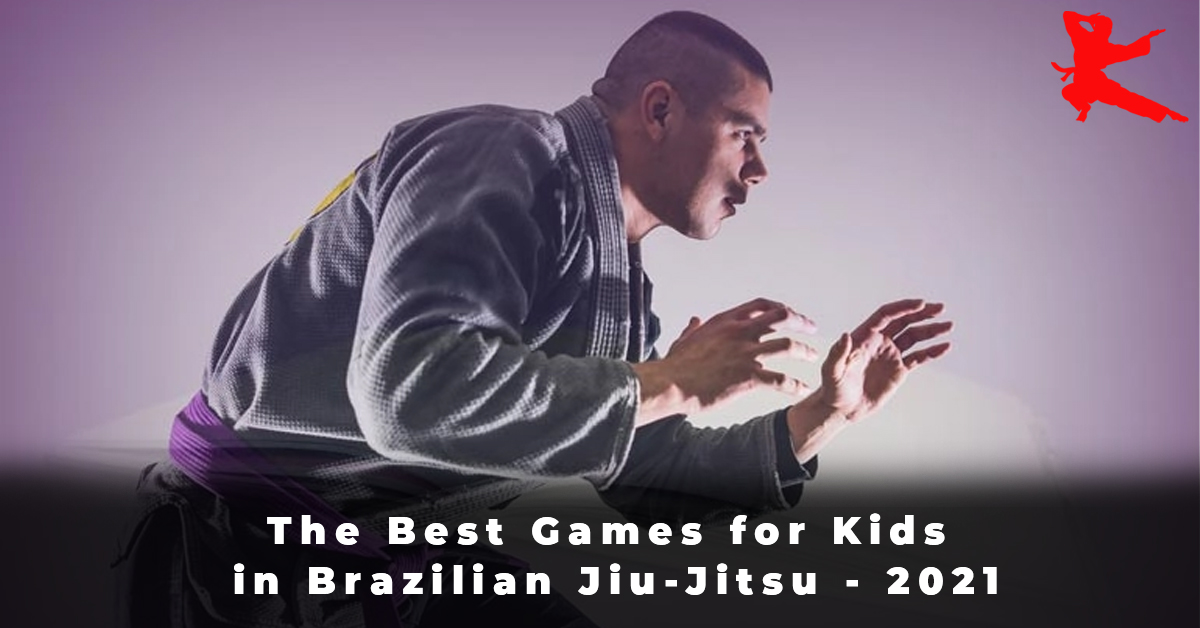 Brazilian Jiu-Jitsu is a very famous type of martial arts and every kid should learn it. There were many people that know that learning the BJJ has a direct impact on the studies and mental toughness of the kid.

That is why they sent them to the BJJ trainers so their kids also learn the BJJ with studies. But there are some other physical games that kids should play in order to improve their techniques in Brazilian Jiu-Jitsu.

But not many people understand this so, here we are explaining which games are important and how they impact the kids when it comes to Brazilian Jiu-Jitsu.

The first perception of the Brazilian Jiu-jitsu classes is that there are many warriors that are wearing a white dress and busy in their drills but one thing that you will notice immediately is that they all would be in a discipline and practicing with full concentration.

The trainer of the BJJ doesn’t need to be very strict because children are very innocent and when you impose discipline on them they lost their creativity to improve and do the thing better.

The daily drills are normal and but should add something new every day because that will make the kids curious to learn new things daily. This is how they will learn new techniques with curiosity.

Brazilian Jiu-Jitsu is not a game like others but it’s a method to learn self-defense techniques and discipline so when the class was ended trainer should give some important message of moral values because when the kids are tired and ready to go home they will listen to your words very attentively.

We are going through the times of technology revolution where everything we got on our doorsteps and we don’t need to go outside and now the pandemic has made to go outside much tough. That is why the generation which is growing now would be the in-home generation.

They don’t go out to play games they are always on the pc or tablet playing games and that is why there are many mental problems are taking place. Our generation was the last that play games physically and that is why we have good mental health.

The games are very valuable for the kids. The game teaches them coordination, teamwork, and self-control. If you have ever noticed that wherever you go the world every culture have games some might have common some have difference and that have a very important impact on the children’s life.

Therefore games are very important and every child should play outside so, he will develop all the skills from these games and then there are some specific games that have a direct impact on the learning of Brazilain Jiu-Jitsu. We will discuss the most important games for your kids that your kid should learn in order to improve his techniques in the BJJ.

We will tell you about some games that have a very good impact on the kids when they are learning Brazilian Jiu-Jitsu.

Probably everyone knows about dodge ball and if you don’t know about the game then in this game there are two coaches on each side of the mat and your kid is in the middle part and they hit the ball your kids but the kid have to dodge Ball.

If you want to make it hard then add two or three balls in the game. This would be very hard for the kid to dodge the ball. This game would help to increase the mental sharpness and skills to coordinate with your teammates.

This is another one of the most interesting games that are a very important drill for improving the Brazilian Jiu-jitsu of your kid. In this game, the kid would wear a sock on their foot and then have wrestled with the opponent kid.

But in this, they don’t have to fight like normal fighting in this they have to take off the sock of the opponent from the foot and without taking off his own sock. This is a very interesting game and you might not believe it but students of every age play this game.

This game improves the mental sharpness and self-defense techniques in your kid and makes him attentive.

If you don’t know about the animal races then I might think that you are not from this planet earth and you are an alien but in these games, you race like any animal like frog jumping race, kangaroo race, and many others.

These games are very important for physical strength and stamina and they will develop these things in your kid.

This is also a very interesting game or might I am finding every game very interesting. In this game, one kid is in the middle of the mat and the other kids are at the end mat on their knees and hands.

The kid in the middle will hit the mat three-time and all other kids have to complete a circle on their knees and hands without falling or turning and if someone loses the game he would be the next bull Dog.

This game helps to improve the speed to respond to some attack on your kid and also increases the strengths of the hands and knees.

This is another very important sport for your kids in the BJJ. There are two students on the mat circle and both will tie each other with their belts. The game is that both will try to eliminate the other from the circle but the one who will survive will win.

In BJJ the ground is a very important part of all the grappling in the BJJ is done on the ground that means you should learn how to make strong contact with the ground. Go to the local store near your house and get the paper plates according to your student one for each.

Now when you bring them gave each to the kid and ask him/her to stand on them and try to walk without losing them. If they do this correctly then ask them to do the circles, back movement, this might take some time to be correctly done but this would make their relationship with the ground very strong.

This game we all might play without an elder brother or our father they use to become a horse and we ride them but there are some changes in the rules. In this game, you have to fight with the opponent while being on the horse (The horse would be some adult).

The fight would be on equal ground the horse would not touch the kid and the kid will not touch the horse and the one who knocks off the other would win this game. This game should not be played on the land but you should play it on the mat so it will be safe for the students.

This is also a very fun game this starts with the two kids that are holding each other’s hand in the middle of the matt and all the other kids would be on the side of the matt. Now the task for the kids is to run and reach on the other side of the wall without getting caught.

If the kid reaches there they will be winners but if some are caught by the wall they will become parts of the wall and this is how this game will go further. You can decide that how many kids should be at the end of the wall.

Stay in the Box

This game is very similar to circle sumo but there are only some points of difference and that is the kids are standing on the different mats in their separate spaces all other things are the same.

The kids have to tie each other with their belts and after that, they will try to eliminate the opponent from its matt and the one who stays in the matt will win the match and this is the game.

This game improves the balance of your kid and teaches them how to defend themselves in a limited space. This will also sharpen the mind and he will be more attentive if he will do this drill on the daily basis.

These are some of the games that are very important to improve Brazilian Jiu-Jitsu.

Check more: Judo vs Jiu-Jitsu – Detail Comparison Which is Better

In this Era of the pandemic, everyone is limited to their houses and no one is really focusing on the outdoor games but this is not very healthy for human life especially kids and they need to do some physical activities. There are many parents that understand this thing.

That is why they might want their kid to learn the BJJ and that is a very good step but we have mentioned some games that are very important to improve the overall BJJ performance of your kid if you are teaching him/her physically then well and good but if he classes and training are online.

Then try to implement these exercises that are very simple and can be implemented in the house and this drastically improves your kid’s performance in BJJ.