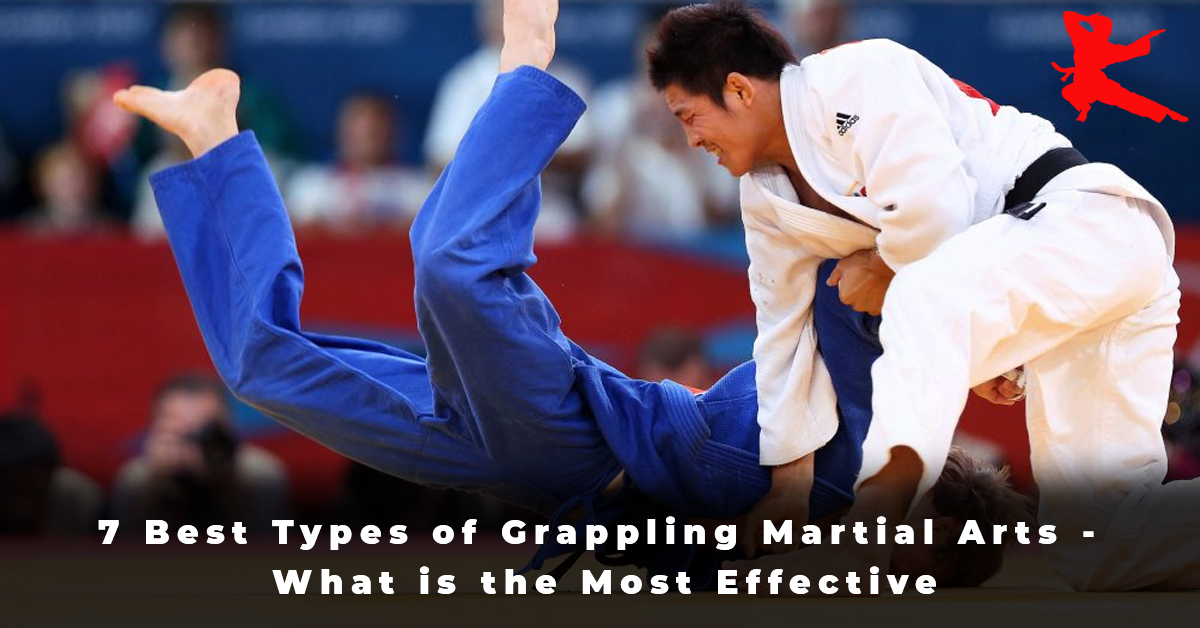 It is one of the most popular types of grappling martial arts and in this, the players have to wear a traditional dress which is called a gi, and that makes the takedowns and throws possible in Judo because you can hold the gi firmly and apply your technique to your opponent.

There are some important throws in Judo that are called hip throws, hand throws, sweeps, and sacrifice throws. There are many other choking and takedown techniques that you the players can apply on their component in Judo.

All of you might have once seen on the TV some bulky people are fighting and trying to throw the opponent out of the ring. This is called Sumo and it is another type of grappling martial arts. In Sumo, they depend on takedowns and throws.

In this type, the players wear very small pieces of clothes that are for hiding their private parts and they are trying to throw the other person out of the circle in which they are fighting. There are two ways to win this game if you throw your opponent on the ground or if you can throw him out of the circle.

This is another type of grappling martial arts and in this type, the players have to wear the same gi that you have seen in Judo. The BJJ was created in the 19th century and till then the graph of its popularity is going higher and higher. Bjj has also some takedowns as the Judo but they are comparatively less harmful than the Judo.

The fight is started standing but in no time the players on the ground applying the leverages and chokes to one and other. You can apply the leverages against any joint of the boy except the fingers.

If we combine the Judo, Greco- Roman, and Freestyle Wrestling with ethnic forms of Russian Wrestling then the thing which is made called the Sambo. In this fighting, the players fight on the grounds and also depend on the throws. If we talk about the dress then the players are bound to wear a very light jacket that we can call the dress of samba.

The rules of the game are very simple you cannot apply any choke on the ground but the leverages are allowed on all joints.

We can call this the Chinese form of grappling martial arts. The players of this sport have to wear a light jacket which you can’t use for the techniques like Judo or other types of martial arts because the jacket would tear.

In this fighting, the ground is not involved and you can win the fight by applying the throws and takedowns. This Shuai Chiao is also known as Kungfu Wrestling or Chinese wrestling and many sources say that this type of martial arts has existed for more than 6000 years.

It is another type of grappling in which the players have to wear light jackets so, they can’t be grabbed with their clothes like the BJJ and Judo. The rule to win the game is to take down your opponents and when the clothes are not involved so, the players have to grab the legs or other body parts.

This is freestyle wrestling in which you can grab your opponent’s legs but in other martial arts types, it is not allowed and this is the main difference between this martial art type.

It is the other form of the Brazilian-Jiu-Jitsu but the main difference between both martial arts is that they don’t wear that gi or any kind of jackets while they fight. Some deadlocks are not allowed in the BJJ but you can apply those deadlocks in the Submission Grappling.

The main concept behind this martial arts is to throw down your opponent by applying the chokes and joints lock like the most deadly one’s neck cranks and the leg locks.

These are the most famous types of martial arts that use grappling techniques and some of them are very famous like Judo and Brazilian Jiu-Jitsu while the others are not that famous like Shuai Chiao and sambo but we covered them too. In these martial arts, you need to apply the throws, takedowns, and chokes to win against your opponent.

These are not very easy to learn but if you learn one of them then it would give your strength and you will learn many self-defense techniques that would be very helpful for you in your life.

Thank you for Reading.